Here is a boreid (snow scorpionfly) as mentioned in the previous post. This is as good as my little canon powershot could get… this individual is a female, note the ovipositor.

The species appears to be Boreus brumalis. 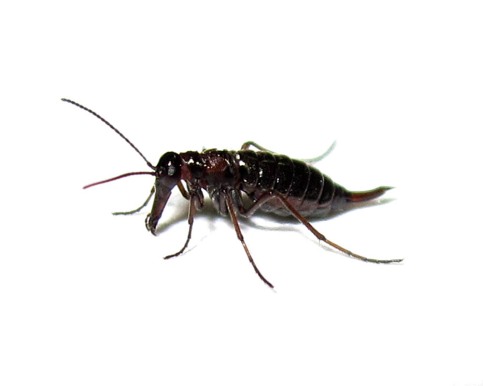 Last fall the Wagner lab was recruited to hunt down a few specimens in the family Boreidae, a small family of Mecoptera (scorpionflies). They are called snow scorpionflies due to their propensity for living in boreal or high altitude habitats, and their ability to thrive in very cold conditions. One or two species make it down to our area of Connecticut. We were told to look for them on snowy days in February and March, at the base of trees. Because they are generally only found under certain conditions, they are uncommon in collections. Our advisor had never captured one himself. I know we’re supposed to focus on moths… but none of us could turn down a challenge like this.

Finally a few days ago we got enough snow to coat the ground for more than a few hours. Hurray, we could go boreid hunting! So we piled into a couple of cars and drove out to our favorite collecting spot in the forest.

Marilyn and I were walking together and I mentioned that we should check the snow at the base of a nearby tree. As soon as we crouched down, she said “Hey, what do these boreids look like, anyway?”

Me: “Oh, about a few millimeters long I think.”

Marilyn: “Hmm, I think I see something, not sure what it is…”

Marilyn: “Sure, let me catch it… uhh, do boreids jump?”

Having never seen one myself aside from pictures on the internet, at first I was unsure of my identification. Once I saw the mouthparts though, I knew we had one. Within the first ten seconds of searching. Awesome! Here is Marilyn with her prize:

A close up of the boreid itself: 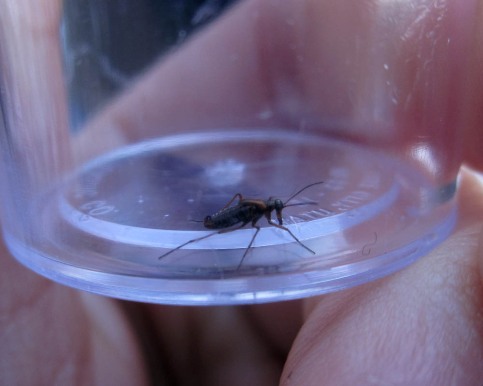 So of course everyone else was disgruntled that they were not the first to find one (including me, I’ll admit), and we all scampered off into the woods to keep searching. Louis ended up finding two of his own.

It seems that when you disturb them they either jump, or play dead. Playing dead is probably pretty effective when you look like a little speck of dirt on the snow.

Now we have a few specimens to add to the university’s collection, which is pretty neat. I’ll keep my eye out for them whenever I go outside now, as long as we have some snow sticking to the ground.

Continuing the theme of “ok, some insects do come out during the winter”, a couple weeks ago our lab conducted our yearly boreid hunt. Once again, we achieved success!

Boreids are the winter scorpionflies, in the family Boreidae. They are primarily found as adults in late winter/early spring, when snow is still on the ground but the weather is warming up. They are uncommon in collections because not too many people go hunting for them.

We have experimented with various techniques for finding them. We have seen them jumping from moss at the base of trees onto the snow where they become visible. So we went outside and started looking at trees…

The boreids were elusive at first, despite the perfect conditions. We scraped bark and moss, dug through leaf litter, and scanned the snow around (almost) every tree in the area.

We kept getting distracted by other little creatures, the winter stoneflies, family Capniidae. They hurried to and fro across the snow, I wonder what they were looking for? 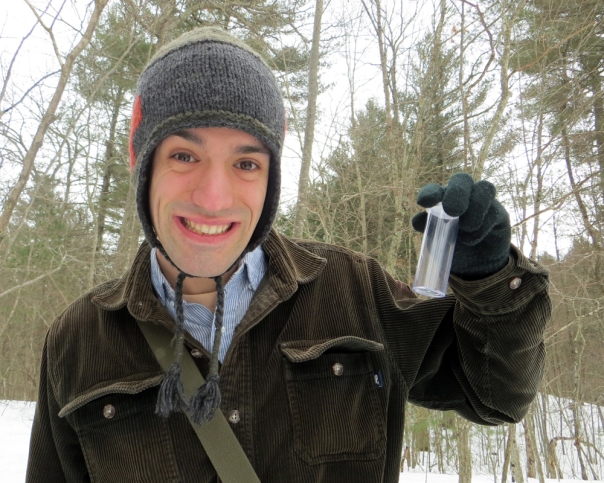 Piotr Naskrecki has also found some boreids in his neck of the woods, check out his blog to see much better photos than mine.