One species on my “must rear because it is so totally awesome” list is Acronicta radcliffei. It is a very close mimic of one or more species in the genus Datana (family Notodontidae), and it appears to be aposematic. Such stark yellow, red, and black markings typically advertise toxicity. This month I got my wish! 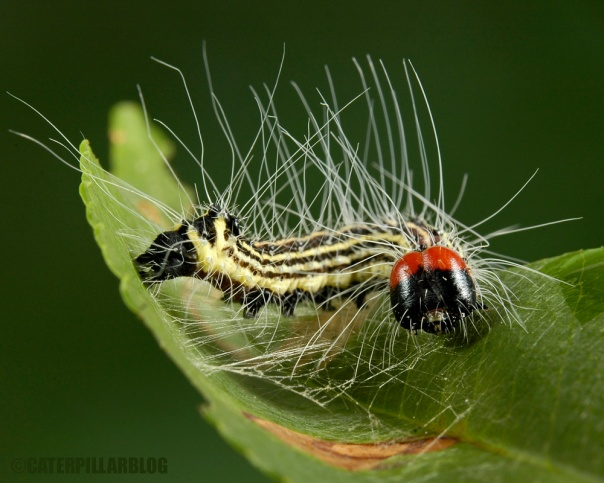 I went caterpillar collecting with another lab at Cockaponset state forest two weeks ago. We were all helping to hunt for the various caterpillar species we all are studying. We knew A. radcliffei, a relatively rare species, had been found in the area before. I wasn’t sure how optimistic to be, but sure enough, a group from the other lab snagged two of them! They were both still in their green and red, early instar color form – but by the next day they had both molted into their final instar, colorful vestments.

One of them mysteriously died while I was on my trip to Colorado, but the other thrived. 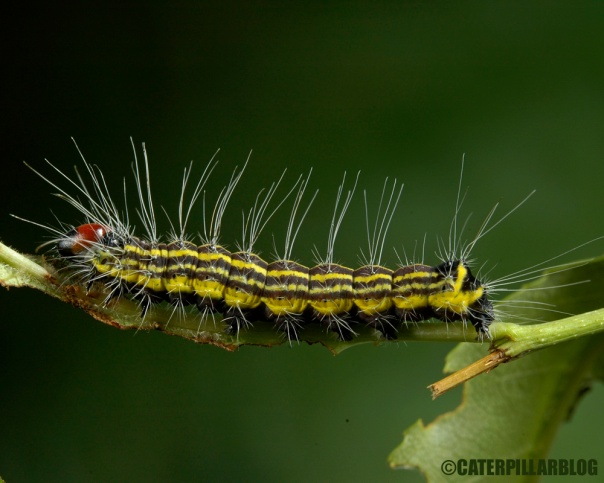 This caterpillar pupated before my experimental protocol (for testing palatability) was finalized, so I will have to wait until later in the summer or next year to test whether this species is truly chemically protected. I wonder if those colors are a true advertisement, or if it is bluffing?

For comparison, here is a Datana caterpillar, thought to be noxious to predators.