I mentioned The Caterpillar Lab in an earlier post – earlier this month I finally got to see them in action at a show. I went up to VINS (Vermont Institute of Natural Science) on August 2nd to visit my friend/college roommate Alyssa, as she has been working there for the summer. She was a year ahead of me at McGill, and had just decided to switch to studying entomology when she met me. I love coincidences like that! We became inseparable weird-os who love bugs, working out, and shopping for shoes. Grad school (and life in general) has a way of wrenching people apart, but whenever we’re in the same region of North America we try to visit.

August 2nd was also the date of the Incredible Insect Festival hosted at VINS, featuring The Caterpillar Lab and a whole day of insect themed activities. I couldn’t pass up that opportunity to see parts of my world collide. And I figured it wouldn’t hurt to have another entomologist on hand for an insect festival.

Here is part of the Caterpillar Lab set up – tables decorated with bouquets of plants, each hosting a handful of caterpillars. Most were content to stay on their plants, while others were kept confined to cages (due to a propensity for wandering away). It’s really amazing that people get to see and interact with the caterpillars like this, and with such a huge variety! Yes the large cecropias are cool, but they also have daggers, monkey slugs, prominents, decorator caterpillars… the ones overlooked in more typical outreach programs and museums. There is also an army of dedicated workers/volunteers who keep the show humming. 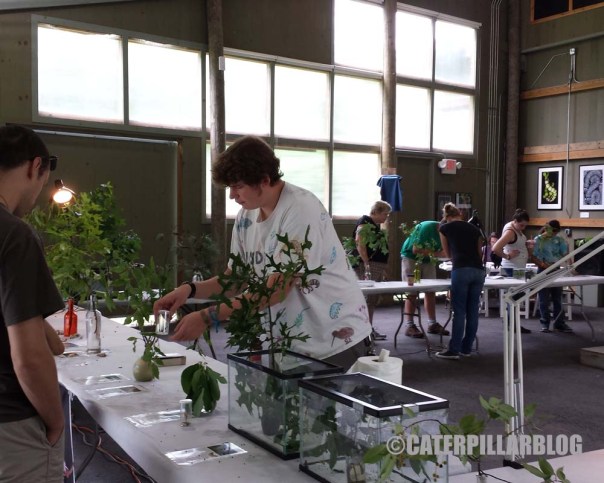 One really neat feature is their video camera set up – whenever something cool is happening at the tables (there’s always something happening), they can show the live feed on large screens. Could be a caterpillar molting, pupating, feeding, or even with wasp larvae emerging from its body and spinning their cocoons (below). 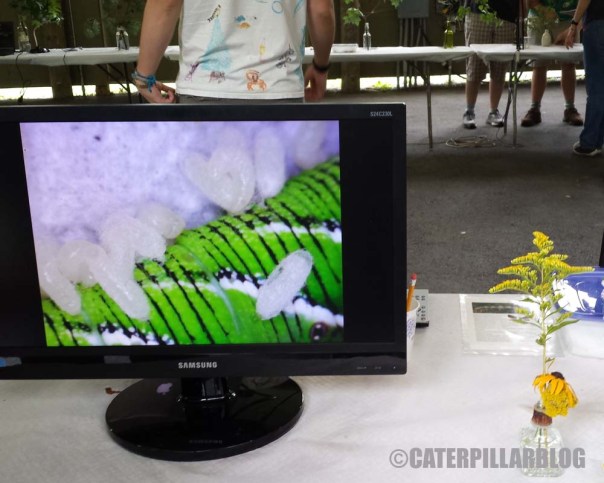 I brought along a bunch of dead insects and some books, including a drawer of my tropical butterflies and a few boxes of insects from CT. 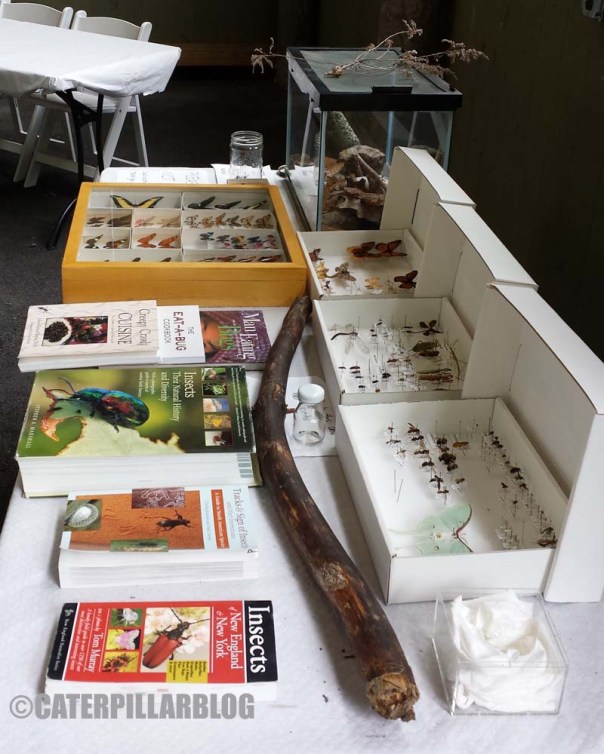 Alyssa showing off a hissing cockroach (an insect outreach staple). 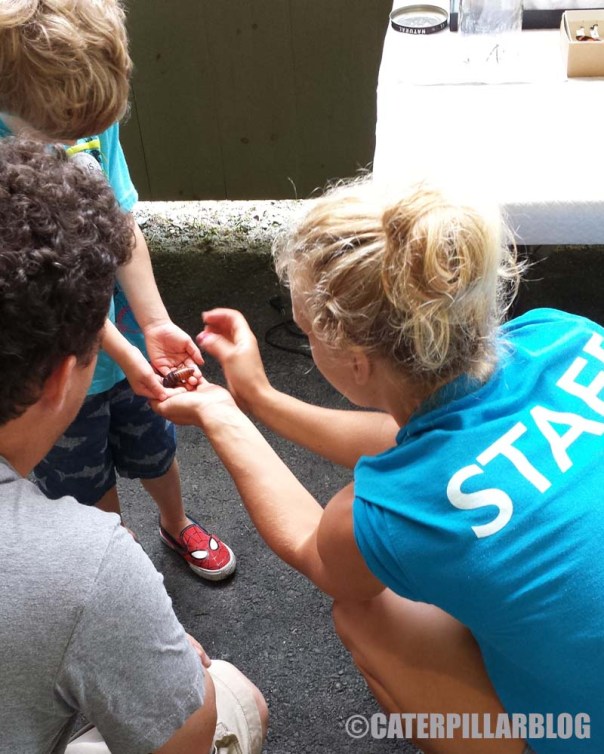 Just a couple of nerds. 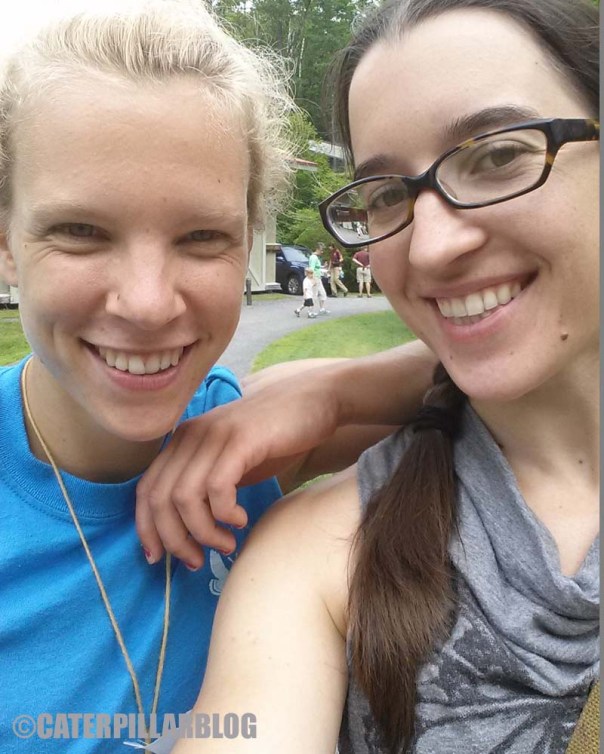 With temporary insect tattoos. Of course. 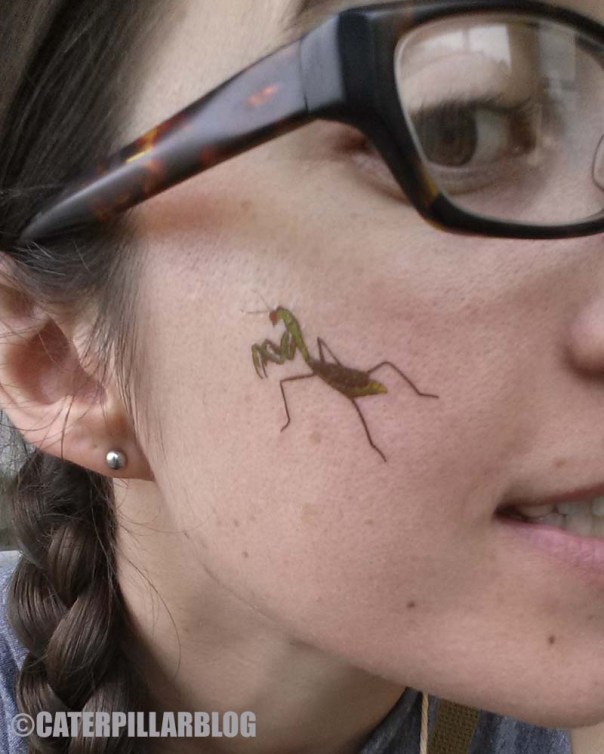 I got to help with story time, games, and (my favorite), a bug hunt in a meadow. We had an amazing time teaching the kids (and their parents) how to catch butterflies and flies and beetles and ambush bugs (even some caterpillars!), and we had so many stories to tell. We were armed with butterfly nets and vials and field guides, answering questions and catching some insects ourselves. 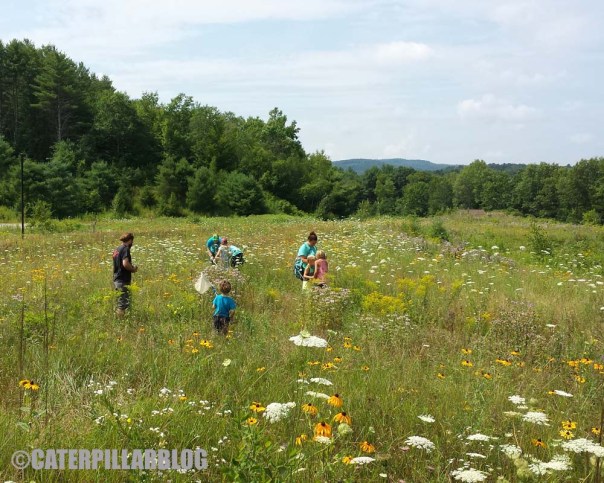 Overall the festival was a great success. It also included demos on how to make nest boxes for native bees, lectures on pollinators, and other crafts and games. It was encouraging to see so many people attend, and to see such interest and excitement from the children. You never know who might get inspired enough to pursue entomology as a hobby or a career. I know I would have loved a program like this as a kid.

I’m hoping to do more outreach like this, especially through the Connecticut Entomological Society. Probably not this fall, as the semester is about to start (signalling the end of what little sanity I have at the moment), but I’m doing some brainstorming for the spring and next summer. If you have any ideas/suggestions for outreach events around CT, let me know!